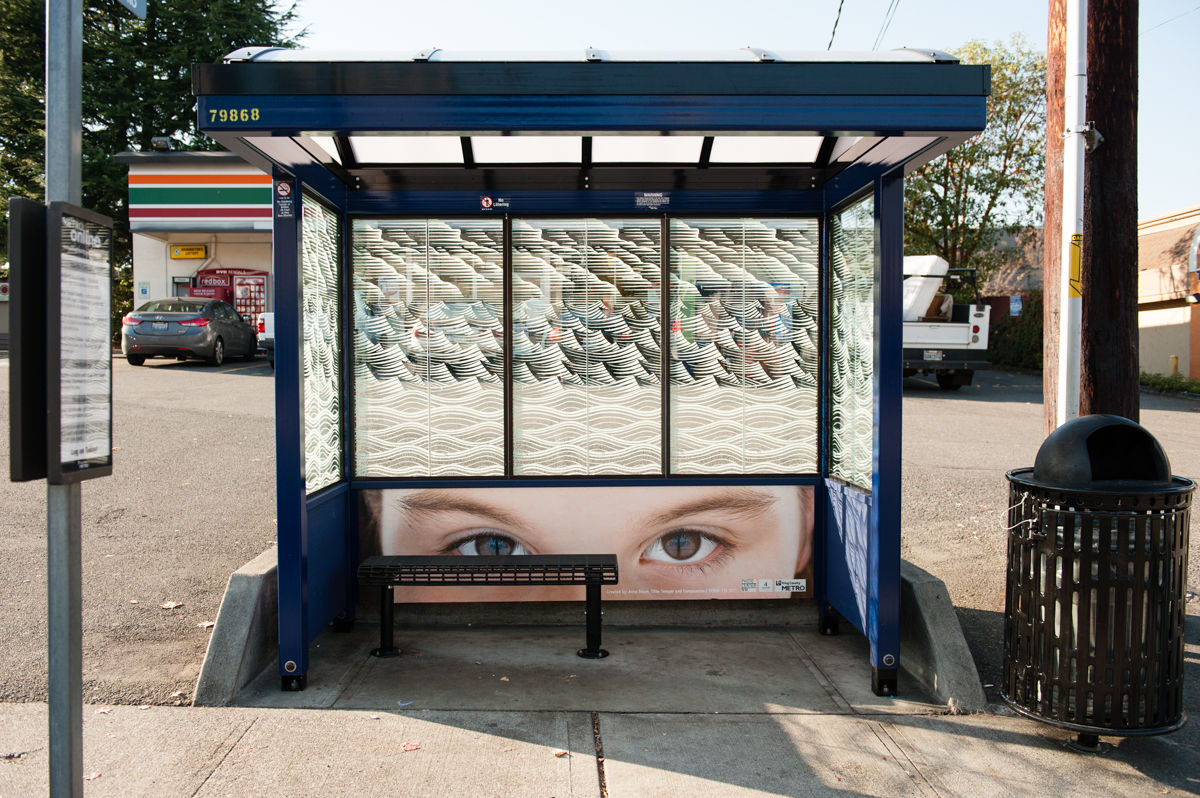 In the fall of 2011, I took a class at Photographic Center NW called City Panorama. The purpose of the class was to prepare and submit work to be considered for a public art project sponsored by the school, King County Metro and 4Culture. Photographs selected were then printed on 8′ x 2′ wooden panels and installed in Metro bus shelters where they will remain on display for up to 10 years. Twelve of my images were selected for the project, and all but one were installed in the past few months. Images are shown below. I have visited six to date, and will add images of the remaining sites as I can.  This Google map lists and pinpoints all the locations. If you happen to be near one, drive by and check it out!

The class was a wonderful adventure in discovering the possibilities of public art. Two projects are represented in the twelve images. My project Intangible Inheritance was conceived of during this class. It is the first body of work that I began with a concept and followed through to visual representation, which is a turning point for me. Eowyn’s Horses is another project I began in this class, and continues my interest in childhood imagination and creativity.

Gallery Notice : Images have either not been selected or couldn't be found

I am lifestyle photographer based out of Paris, who loves to click, cook & travel. This beautiful website was built using the Oshine WordPress theme. Its so easy to use.